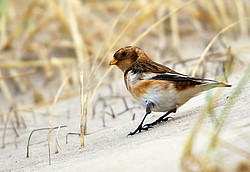 Ruben Smit, director of ‘De Nieuwe Wildernis’ asked me to compose the music for his new items on TV. We both have an idea of where this might lead to… We’ll tell you more when the time is ripe!

premiere RETOUR at Film by the sea

Hanro Smitsman, director of the Corrino Media Group asked us to compose for his new short film RETOUR. We gladly contributed to this promising film featuring Sophie van Winden and Jeroen Spitzenberger! It has its première at Film by the Sea, on 15 September.

Sarah on her way to Canada, Qatar, Spain and Macedonia

For Anne Kleisen we composed all music for her documentary Sarah’s Night. Sarah’s mother is ill and cannot take care of her. Therefore she lives with her foster family. Despite her caring foster parents Sarah finds it very difficult to find her place in...